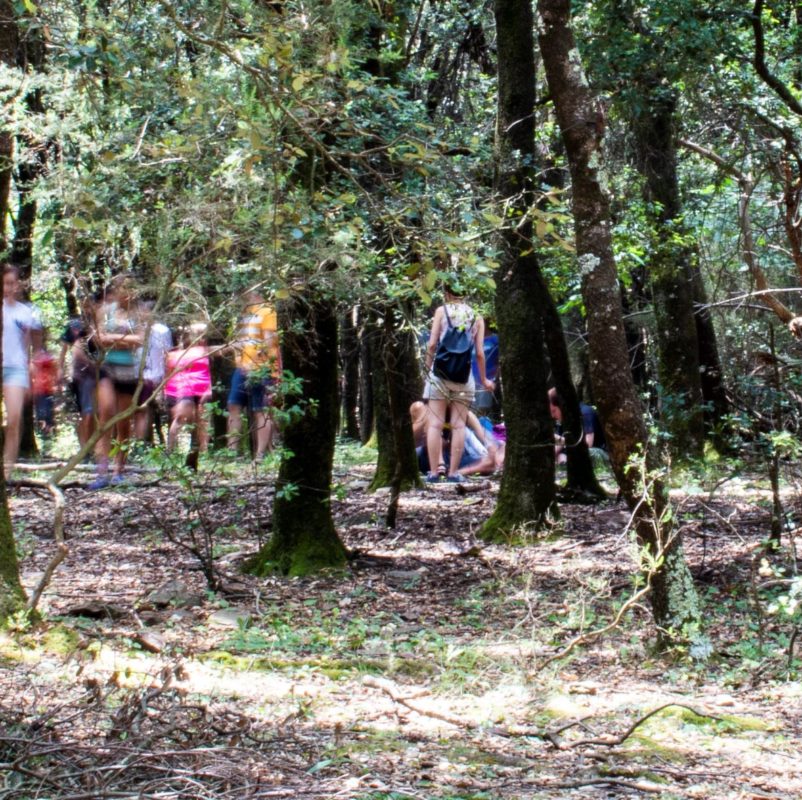 Going into a forest has the capacity to reduce stress

This is demonstrated by a new study published in the journal Forests, which analyzes the evolution of cortisol, the stress hormone, and other biomarkers during an 8-hour exposure in a Mediterranean holm oak forest.

The study is led by a research team from the Forest Science and Technology Centre of Catalonia (CTFC) together with researchers from the CREAF (CREAF), the Autonomous University of Barcelona and the University of Murcia.

The research results show the physiological and psychological effect of forest exposure on different biomarkers and provide relevant data in this field of research for both the scientific and medical communities.

“In this way, we take a step further to consider forests as a valid tool for preventive medicine that can be considered by public health and society in general; forests can be spaces in which to mitigate our stress levels,” explains Albert Bach, author of the article. Bach is a researcher at CTFC’s Environment and Human Health Lab (EH2 Lab), where he and his team, led by Dr. Roser Maneja, study the complex links between the natural environment and human health with the aim of informing and facilitating science-based decision-making.

The study was carried out with the participation of 31 volunteers whose saliva samples were collected at different times during 8 hours, before and after entering a holm oak forest in the Montseny Natural Park.

Everything that saliva can explain

Saliva sampling is widely used as a non-invasive method in stress studies, since it allows repeated sampling at short time intervals, facilitating continuous monitoring. Three biomarkers have been studied: a hormone (cortisol), an enzyme (alpha-amylase) and an antibody (immunoglobulin).

The results show, on the one hand, a significant decrease in cortisol concentrations from the second hour of exposure in the forest, which is maintained until the end of the exposure. Salivary cortisol is the most commonly used marker in studies analyzing the effects of the forest on stress regulation and is useful to study its psychophysical benefits.

On the other hand, a significant increase in alpha-amylase activity is shown from the first hour of exposure, although it remains stable thereafter. This enzyme is presented as a marker of the autonomic nervous system and is used to evaluate the positive effect of the natural environment in humans. Finally, a significant decrease in immunoglobulin is evident from the fourth hour of exposure, whose expression has been related to mental stress.

The time we spend in the forest matters

The potential of forests as a source of health has led to numerous studies providing evidence of their benefits and correlating exposure to these ecosystems with stress regulation. However, most of the studies conducted so far, consider short-term exposures, whereas, in the present study, for the first time, an assessment is presented that goes up to 8 hours of exposure.

In addition, it is also the first time that a study of these characteristics has been carried out in Mediterranean forests with satisfactory results, which “means a step forward and opens the door to further research in this type of forest,” concludes Bach.