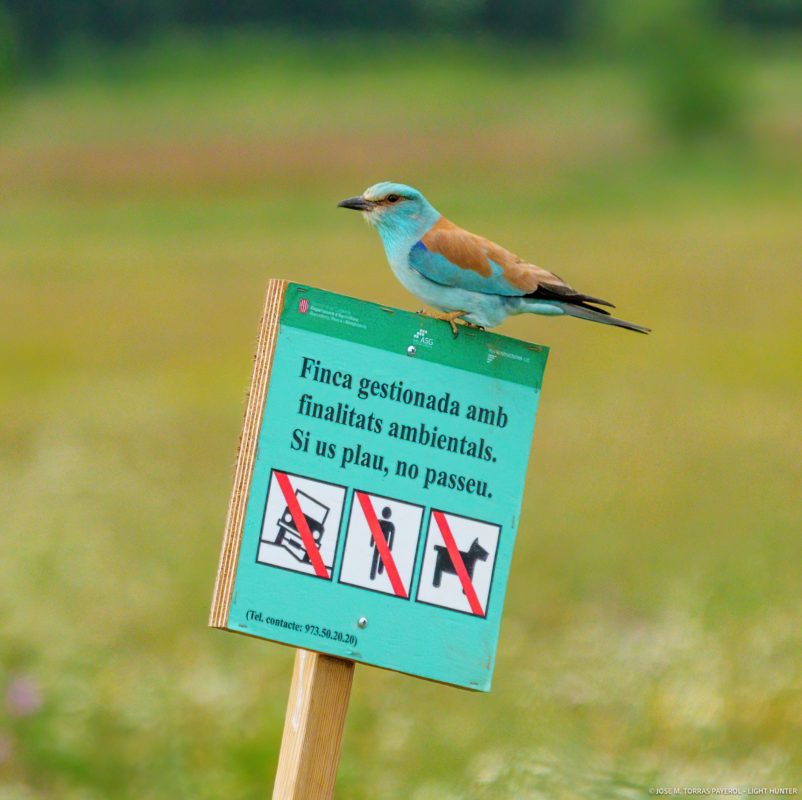 Management measures improve the conservation of the steppe birds in Lleida

Over the last forty years, the agricultural intensification, as well as the urban and farming development in the Lleida Plain, have reduced the expansion and quality of the available habitat for the steppe birds of this area, which covers a great part of species of such kind in Spain. The report on the State of Nature in Catalonia shows that this is one of the most threatened bird groups in the territory, with a decline of 27% in the populations in the 200-2019 period.

However, over the last years, the Catalan Government has started several conservation actions that involved an important economic investment aiming to revert this situation. These actions included, among others, the declaration of eight Special Protection Areas for Birds (ZEPA), the rental or purchase and management of steppe and fallow areas, the adaptation of nesting areas, the launch of breeding programs to support some populations, and the signalling of power lines to reduce the risk of collision.

Optimism for steppe birds in the Lleida Plain

“The results of such actions leave room for optimism”, notes Santi Mañosa, lecturer at the Faculty of Biology and member of the Biodiversity Research Institute of the UB (IRBio). “Although the current situation of many species is far from being optimal and conservation actions need measures, the current scenario is better than what it would be with a lack of any management measure. The populations of some bird species are already responding positively to the set of the conducted management measures”, he adds. The case of the population of little bustard (Tetrax tetrax) underwent a decline by 50% between 2002 and 2014 and today is stabilized thanks to the management measures that were applied since 2014. In other Spanish populations where these measures were not applied, the regression of their population continues.

Another successful case is the pin-tailed sandgrouse (Pterocles alchata), a bird with few more than 100 specimens in Catalonia, with a limited distribution to the Special Protection Areas for Birds in Alfés-Mas de Melons and Segrià-Utxesa. Their reproductive population underwent an annual increase by 9% between 2010 and 2019, mainly after 2016, when the number of fallow hectares managed in these areas increased. Over the last four years, great part of the evidence of reproduction of the species has taken place in managed estates with environmental purposes.

The set of carried-out actions are presented in a joint publication by researchers of the University of Barcelona, CTFC, and the Institution for the Study, Management and Recovery of the Ecosystems in Lerida (EGRELL). The study was published in The Changing Status of Arable Habitats in Europe, an international science volume that gathers distinguished examples of the conservation of biodiversity in agricultural areas.

Improving the fallow management to protect the steppe bird

In this context of improvement, an article now published in the Journal of Applied Ecology analyses the steppe bird’s response in the management of more than 3,400 hectares of fallow lands within the framework of compensatory measures of the Declaration of environmental impact in Segarra-Garriges regarding other fallow promotion mechanisms (agri-environmental measures and greening of the common agricultural policy, PAC).

“We are beginning to have knowledge and tools to improve the fallow management, a key piece in the agricultural system for the steppe bird that enables us to provide what the birds need without compromising the cultivation that follows”, notes Gerard Bota, one of the authors of the article and head of the Group on Conservation Biology at CTFC.

The results of the study, carried out by the CTFC with the support from the mentioned Department, reveal a significant increase in the abundance of steppe birds and other bird species linked to agriculture in the fallow lands managed as compensatory measures in the Declaration of environmental impact. The response of these species to the other fallow lands –not specifically managed for birdlife– has been mainly neutral. Placing the fallows in the areas with a higher potential for birdlife and adjusting the agricultural management to the requirements of the target bird species explain this difference, and are the key of the observed success in the populations of steppe birds.

As stated by the secretary for Rural Agenda in the Department, Oriol Anson, “the data of the study show that by undergoing a led management in an area we can create the conditions to recover the populations of the target birds. This confirms that the management carried out in Segarra-Garrigues, combined with managed surfaces and irrigation surfaces, is a formula that provides good results. A consequence of this is the closing of the penalising records the European Commission had opened against the State for this infrastructure”.