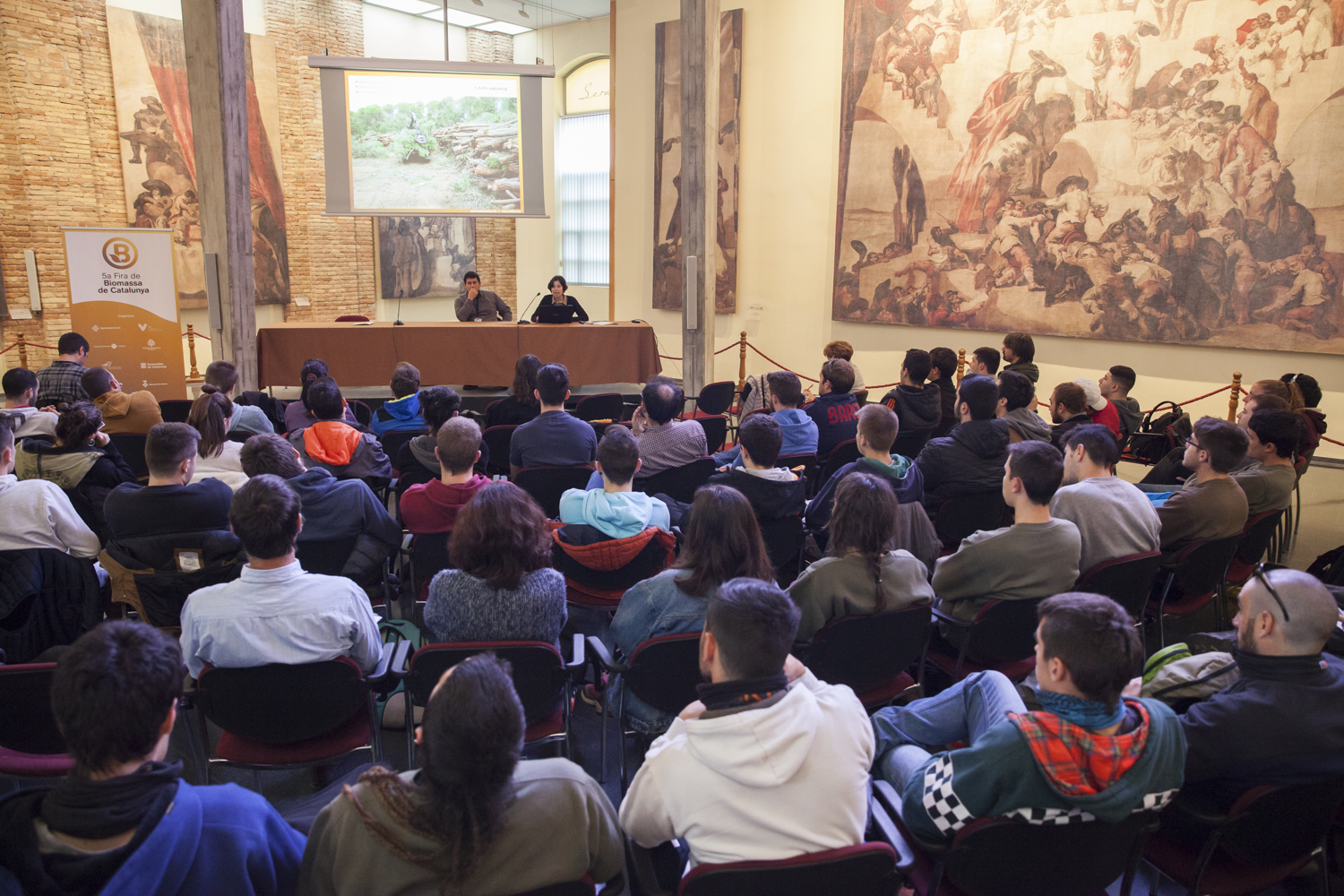 BIO4ECO, at the Biomass Conference of Catalonia

As part of the Conference, held from 23 to 25 February in Vic, forest economist of the CTFC Adriano Raddi, presented the Interreg project BIO4ECO.

Presentation was shared with Nikolay Vasilev, chief expert of the Executive Forest Agency of Bulgaria, and project partner.

BIO4ECO priority is to reduce dependency on fossil fuels and promote the use of natural raw materials as renewable energy sources. The project, led by Catalonia from DARP and the CTFC, aims to improve regional and national policies to address the transition to a low carbon economy, increasing the use of natural and renewable energy ( especially agricultural and forest biomass) and increasing social acceptance.

During his stay in Catalonia, the Secretary General of the Executive Forest Agency, Mr. Tochev met various Catalan forestry responsibles. On February 23, he had an interview with Montse Barniol, Director General of Forests, during which he was able to first hand see the state of the Catalan forestry sector and its involvement in European projects.

Taking advantage of his stay in Vic during the Biomass Conference, a team of Bulgarian journalists were able to interview various managers of the Catalan bioenergy sector, as Montserrat Barniol, Mercè Rius, Director General of Environmental Quality and Climate Change from the Department Territory and Sustainability; Ferran Garrigosa, manager of the Cluster of Biomass; and various managers of the Biomass Conference of Catalonia, held in Vic in late February.