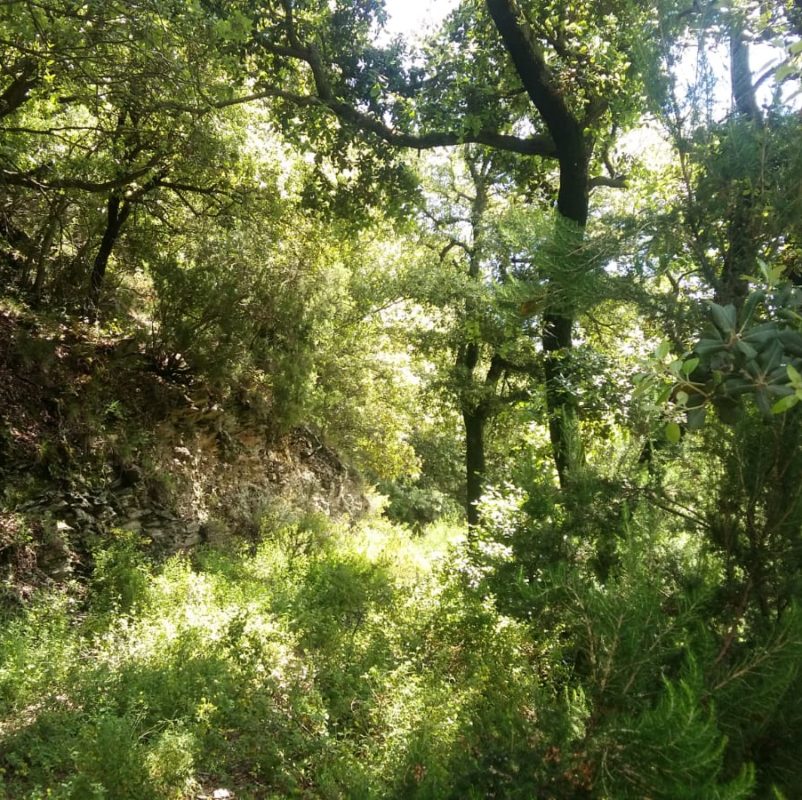 What do we breathe when in the forest?

For the first time, a study characterizes the forest chemistry of the air under the canopy of a Mediterranean holm oak forest and detects maximum concentrations in July and August, at early morning and early afternoon.

When we are in contact with the forest, we experience a series of effects on our health. In general, these effects occur at the level of our cardiovascular, immune, respiratory and nervous systems, and we also experience changes in our physiological and psychological well-being.

The increasing interest of the scientific community and society towards the potential of forests as a source of human well-being has led to numerous studies that provide evidence of the benefits of exposure to forest ecosystems for human health. Recent research points to the volatile organic compounds emitted by plants (monoterpenes) as the main determinants of the effects induced by forests.

Plants produce monoterpenes as a defensive mechanism against herbivory and to adapt to the environment. Among its most studied effects, the anti-inflammatory, neuroprotective and anti-tumorigenic activities stand out. Despite their relevant role in the forest-health binomial, these compounds have rarely been studied under the tree canopy level, which is where interaction with people occurs.

A study carried out by Albert Bach, researcher at the Institut de Ciència i Tecnologia Ambientals of the Universitat Autònoma de Barcelona (ICTA-UAB), together with researchers from the CTFC, CREAF, CSIC and the UAB Department of Geography, and promoted by the “la Caixa” Foundation, has studied the variability of these chemical compounds in a Mediterranean holm oak forest.

The results, published in the International Journal of Environmental Research and Public Health, demonstrate a strong variability of these compounds depending on the season and even day, with its highest concentrations during July and August at early morning (from 6 to 8 a.m.) and early afternoon (from 1 to 3 p.m.). The results also show how monoterpenes are strongly connected to temperature, solar radiation, and relative air humidity. These peaks in concentrations were not identified in the rest of the sampled months, where emissions increased with solar radiation, reaching their peak around 2 p.m., coinciding with the daily temperature peak.

The results would thus imply that, during the summer, humans walking in the studied forest would be subject to a potential higher absorption of monoterpenes into their bloodstream, especially in the early morning hours and early afternoon. The concentrations registered are similar or higher than in previous studies, showcasing the relationship between these compounds and human health not only in the laboratory but also in the forest.

This pioneering study opens a new framework for research into Mediterranean forests and constitutes an important contribution to the scientific and public health community.