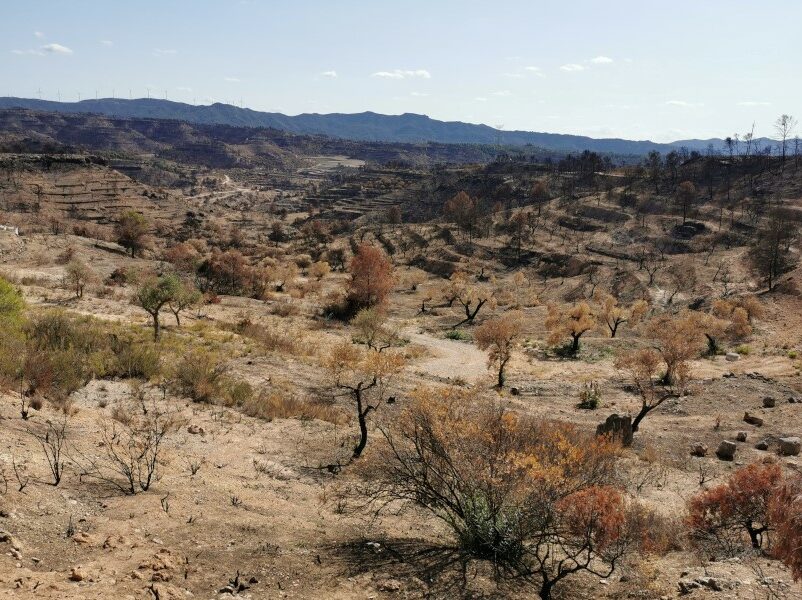 The Mediterranean is one of the endangered areas, after tropical biomes

Global warming may extend the season for major forest fires on all continents by at least 30 days in the coming decades. The Mediterranean is one of the most endangered areas, after tropical ones. This is confirmed by a study published in Nature Communications in which Víctor Resco de Dios, a researcher from the CTFC-Agrotecnio mixed research unit and professor at the University of Lleida (UdL), participated. The study, led by the universities of Wollongong, Western Sydney and Melbourne (Australia), also warns of “catastrophic losses” for Amazon carbon stocks and more detrimental effects on human health, due to smoke inhalation, especially in South Asia and East Africa.

Researchers have modeled changes in fire risk globally, based on atmospheric water demand thresholds, measured by maximum daily vapor pressure deficit (VPD). VPD describes the difference between how much moisture is present in the air and how much it can hold when it is saturated. “When the gap between moist and dry air gets larger, the ‘thirst’ of the atmosphere increases because more water evaporates from the fuel, drying it out. This is a critical problem with rising temperatures due to climate change,” explains Resco.

The team has analyzed records from the last 20 years and satellite data of both fire activity and global weather conditions to find the maximum daily VPD for each fire detection. “For the first time, we have shown that in many forests around the world, from temperate eucalyptus to boreal coniferous to tropical rainforests, there is a strong link between fire activity and the ‘thirst’ of the air on a daily scale,” highlights the researcher. The results show that wildfires are much more likely above a certain vapor pressure deficit threshold. This threshold is higher in tropical and subtropical forests, followed by Mediterranean forests. In fact, in this last area, it has been exceeded for more than 100 days a year “which shows that it is one of the forest biomes with the highest propensity to fire, already under current climatic conditions,” the article highlights.

Scientists have proposed different scenarios, with medium (RCP 4.5) and high (RCP 8.5) emissions of greenhouse gases. The highest ones draw a scenario for the 2026-2045 period of a minimum of 45 additional days of fires each year in tropical South America, some areas of America, eastern Africa and much of Europe. With the lowest, the risk continues to increase, especially in Amazonia and Congo, in central Africa. “Without strong climate action, there will be many more days each year (at least 30) in which the Earth’s forests go through this highly flammable state, highlighting the need to manage forests in order to reduce the risk of fires,” warn the authors of the study.

The researchers also predict increased impacts on human health. “Currently it is estimated that over 330,000 deaths annually worldwide can be attributed to smoke inhalation, a figure that could increase markedly at the beginning of the next century, especially in the most populated areas of East Asia,” they say. “Our findings highlight the risks posed by conditions of increased atmospheric moisture demand. We provide tangible evidence of local, regional and global impacts of wildfires on future climates that can be avoided by mitigating anthropogenic climate change,” that is, caused by human activity, “together with forest management,” conclude the authors of the article.