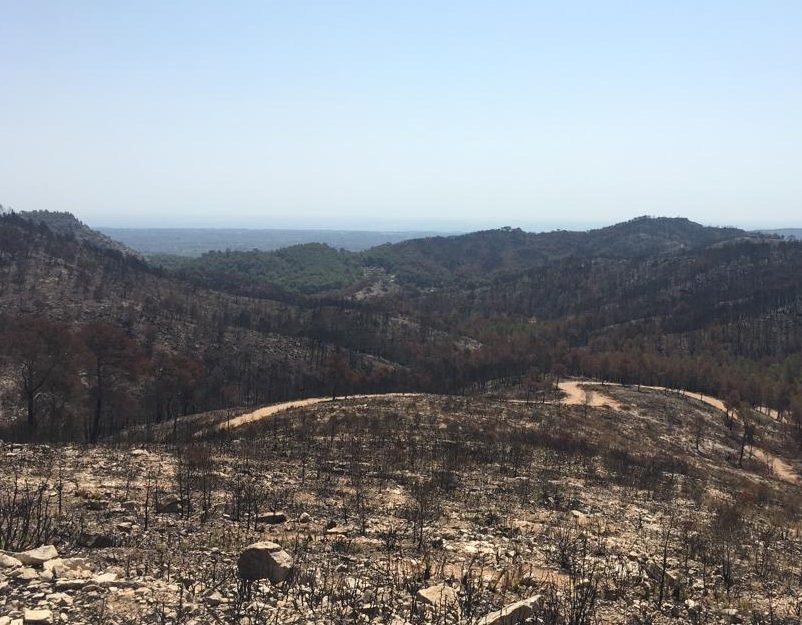 Climate change, new land uses and the presence of invasive species are modifying fire activity and its impact on biodiversity. Fire has been a source of biodiversity in the world for millions of years and its new behaviour affects more than 4,400 species and their habitats, which depend on their temporal and spatial patterns. While many species are threatened by the increased frequency and intensity of fire, the disappearance and suppression of fire can also be detrimental to some living beings and the ecosystems relying on this disturbance.

The study ‘Fire and biodiversity in the Anthropocene’ published today in the journal Science examines how changing fire patterns on a global scale threaten to extinguish some species, harm biodiversity and transform terrestrial ecosystems. The main conclusion of the scientific work is that the fire regime needs to be introduced when planning biodiversity conservation and as a key element in shaping ecosystems. The study recognises the challenge of adopting new revolutionary fire management measures to preserve biodiversity, as it looks at human activity, fire and ecosystems.

The article is the result of an international collaboration involving 27 researchers from 17 research centres in Australia, Canada, Ireland, Portugal, South Africa, Spain, the United Kingdom and the United States. These include CTFC and CREAF, with the participation of researchers Andrea Duane, Núria Aquilué, Quim Canelles, Enric Batllori, Virgilio Hermoso, Sergi Herrando, Alejandra Morán-Ordóñez and Lluís Brotons. The starting point of the study was a working session convened by the CTFC.

Risk of extinction in a world of fire

The study has reviewed almost 30,000 terrestrial and freshwater species classified as at risk of extinction by the International Union for Conservation of Nature (IUCN) and found that at least 15% will be threatened by changing fire regimes. These changes may involve increased fire activity that threatens poorly adapted species, or decreased fire activity that leads to the reduction of key habitats for many species.

Changes in fire activity are challenging biodiversity in habitats and biogeographic realms around the world. Proportionally, the danger of the new fire regime for species at risk of extinction is greatest in savannahs (27%), followed closely by grasslands (25%), rocky areas (25%), shrublands (25%) and forests (19%).

The Anthropocene, a time when human activity has begun to generate massive effects on a global scale, has brought consequences such as climate change and a markedly different biosphere. Fire plays a double role: on the one hand it is a consequence of this acceleration and on the other it contributes to it.

Strategies and actions in a new fire Era

The article proposes a set of actions to promote biodiversity in a new era of fire. First, it proposes actively managing fire to adapt regimes to certain species or ecosystems. That is, ensuring the right amount, pattern and timing of fire in landscapes that need it and vice versa.

Secondly, to focus on entire ecosystems and not just on fire. For example, plant and animal populations affected by extreme drought or under pressure from exotic predators are more likely to be threatened by fire.

Finally, the critical role of people is also recognized. Restoring and promoting landscapes creates opportunities to balance biodiversity with other values in many regions of the world. Learning from the current management of local and indigenous people and promoting collaborative fire management are valuable steps towards benefiting people and biodiversity. Managing prescribed fires and restoring cultural burning in a modern context will improve both biodiversity and human well-being.

Other actions proposed in the article include the reintroduction of herds that feed on undergrowth and green firebreaks based on low flammability plants. Other ways of conditioning and encouraging forest fires to burn under suitable conditions include allowing populations to evolve in a controlled way with the help of new genomics tools, and deploying a response to protect biodiversity.